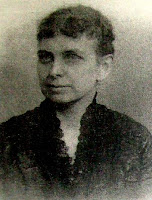 Men tell us that our preaching should be positive and not negative, that we can preach the truth without attacking error. But if we follow that advice we shall have to close our Bible and desert its teachings. The New Testament is a polemic book almost from beginning to end.
Some years ago I was in a company of teachers of the Bible in the colleges and other educational institutions of America. One of the most eminent theological professors in the country made an address. In it he admitted that there are unfortunate controversies about doctrine in the Epistles of Paul; but, said he in effect, the real essence of Paul's teaching is found in the hymn to Christian love in the thirteenth chapter of 1 Corinthians; and we can avoid controversy today, if we will only devote the chief attention to that inspiring hymn.
In reply, I am bound to say that the example was singularly ill-chosen. That hymn to Christian love is in the midst of a great polemic passage; it would never have been written if Paul had been opposed to controversy with error in the Church. It was because his soul was stirred within him by a wrong use of the spiritual gifts that he was able to write that glorious hymn. So it is always in the Church. Every really great Christian utterance, it may almost be said, is born in controversy. It is when men have felt compelled to take a stand against error that they have risen to the really great heights in the celebration of truth.
From an essay on Christian scholarship
No comments:

Clear-cut definition of terms in religious matters, bold facing of the logical implications of religious views, is by many persons regarded as an impious proceeding. May it not discourage contribution to mission boards? May it not hinder the progress of consolidation, and produce a poor showing in columns of Church statistics? But with such persons we cannot possibly bring ourselves to agree. Light may seem at times to be an impertinent intruder, but it is always beneficial in the end. The type of religion which rejoices in the pious sound of traditional phrases, regardless of their meanings, or shrinks from "controversial" matters, will never stand amid the shocks of life. In the sphere of religion, as in other spheres, the things about which men are agreed are apt to be the things that are least worth holding; the really important things are the things about which men will fight.
In the intro to Christianity and Liberalism
No comments:

On the real Jesus

Very different is the imitation of the real Jesus – the Jesus of the New Testament who actually lived in the first century of our era. That Jesus advanced lofty claims; but His claims, instead of being the extravagant dreams of an enthusiast, were sober truth. On His lips, therefore, language which in the reduced Jesus of modern reconstruction would be frenzied or absurd becomes fraught with blessing for mankind. Jesus demanded that those who followed Him should be willing to break even the holiest ties–He said, "If a man cometh to me and hateth not his father and mother . . . he cannot be my disciple," and "Let the dead bury their dead." Coming from the mere prophet constructed by modern liberalism, those words would be monstrous; coming from the real Jesus, they are sublime. How great was the mission of mercy which justified such words! And how wonderful the condescension of the eternal Son! How matchless an example for the children of men! Well might Paul appeal to the example of the incarnate Savior; well might he say, "Let the same mind be in you which was also in Christ Jesus." The imitation of the real Jesus will never lead a man astray.
Christianity and Liberalism
No comments:

False ideas are the greatest obstacles to the reception of the gospel.

The Christian religion flourishes not in the darkness but in the light. Intellectual slothfulness is a quack remedy for unbelief; the true remedy is consecration of intellectual power to the service of the Lord Jesus Christ.

The type of religion which rejoices in the pious sound of traditional phrases regardless of their meanings, or shrinks from "controversial" matters, will never stand amid the shocks of life.

A low view of law leads to legalism in religion; a high view makes man a seeker after grace.
No comments:

From a now private blog here

Over the years, one of the more common and grievous errors in pronunciation I have had the displeasure to encounter relate to the name of our hero, J[ohn]. Gresham Machen. While it has been my dubious privilege to hear several mistaken pronunciations of his name in my time, it seems that the more popular one is that which applies to it the rules of German pronunciation. [UPDATE: Or, alternatively, the Welsh pronunciation used by the horror writer* Arthur Machen. With thanks to Maureen for suggesting this in the comments.] In happier times, general interest magazines such as the Literary Digest (an ancestor, so to speak, of Time magazine) would request that scholars and other persons of note explain in a brief, popular manner how to pronounce their names. Indeed, there was even a regular column in the Digest dedicated to this, and compilation was published by Charles Earle Funk under the title What's the Name, Please?: A Guide to the Correct Pronunciation of Current Prominent Names (New York: Funk and Wagnalls, 1936). Fortunately for us, our hero being just such a person of note, he was asked by the magazine to elucidate the matter of the pronunciation of his name, which he did with the following note:
"The first syllable is pronounced like May, the name of the month. In the second syllable the ch is as in chin, with e as in pen: may'chen. In Gresham, the h is silent: gres'am."
Here, then, we have as close to a final word on the matter as we can hope for. This text is included in Funk's compilation, and as I recall, originally appeared in the Literary Digest in 1917. Full bibliographical data for the magazine column is given in Ned B. Stonehouse's memoir, my copy of which I regrettably cannot find.
{*Arthur Machen was more than a  horror writer}
No comments:

In a paper given last month by Michael Wittmer of Grand Rapids (pictured) he uses Machen's insights to critique Brian McLaren and the emergent church. An outline can be found here. His thesis is that many of Brian McLaren’s “new” ideas were expressed 85 years ago by the liberal interlocutors of J. Gresham Machen as seen in Machen’s Christianity and Liberalism
No comments:

A chapter on Machen can be found in George Marsden's book Understanding Fundamentalism and Evangelicalism (a number of pages can be read here).
No comments: