From this blog here
Over the years, one of the more common and grievous errors in pronunciation I have had the displeasure to encounter relate to the name of our hero, J. Gresham Machen. While it has been my dubious privilege to hear several mistaken pronunciations of his name in my time, it seems that the more popular one is that which applies to it the rules of German pronunciation. [UPDATE: Or, alternatively, the Welsh pronunciation used by the horror writer Arthur Machen. With thanks to Maureen for suggesting this in the comments.]In happier times, general interest magazines such as the Literary Digest (an ancestor, so to speak, of Time magazine) would request that scholars and other persons of note explain in a brief, popular manner how to pronounce their names. Indeed, there was even a regular column in the Digest dedicated to this, and compilation was published by Charles Earle Funk under the title What's the Name, Please?: A Guide to the Correct Pronunciation of Current Prominent Names (New York: Funk and Wagnalls, 1936). Fortunately for us, our hero being just such a person of note, he was asked by the magazine to elucidate the matter of the pronunciation of his name, which he did with the following note:
"The first syllable is pronounced like May, the name of the month. In the second syllable the ch is as in chin, with e as in pen: may'chen. In Gresham, the h is silent: gres'am."
Here, then, we have as close to a final word on the matter as we can hope for. This text is included in Funk's compilation, and as I recall, originally appeared in the Literary Digest in 1917. Full bibliographical data for the magazine column is given in Ned B. Stonehouse's memoir, my copy of which I regrettably cannot find. 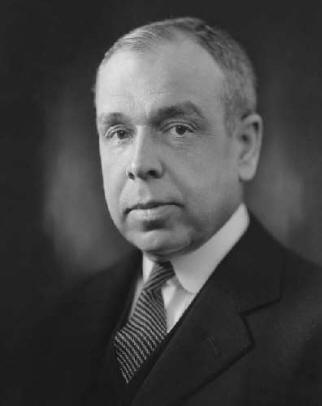